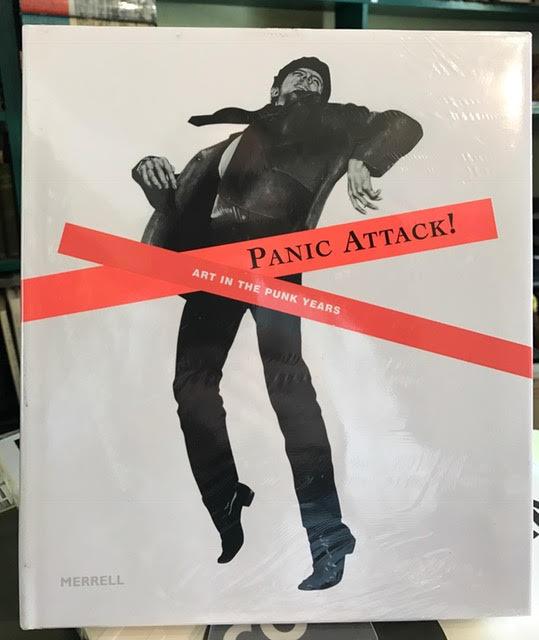 223 pp, illustrated in colour and b/w. Still shrinkwrapped. Punk is most commonly associated with music, fashion and graphics, but its rebellious and iconoclastic spirit also found expression in the visual arts. "Panic Attack!" explores British and American art between 1974 and 1984, a period not only of economic and social crisis but also of remarkable cultural energy, when art became increasingly politicized just as society at large was moving towards conservatism. Many of the artists featured were part of a dynamic interdisciplinary scene that embraced both art and music, producin... View more info