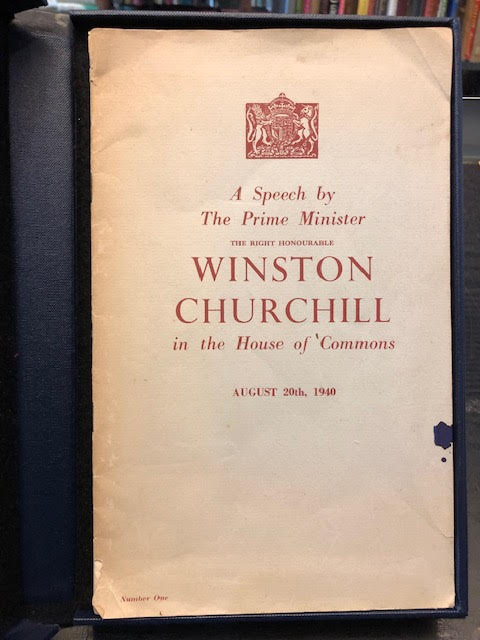 A Speech by The Prime Minister The Right Honourable Winston Churchill in the House of Commons. August 20th, 1940

16 pp. Original printed wrappers. Housed in a quarter black morocco felt lined solander box. Raised bands to spine with gilt devices & lettering. Wrappers stained & spotted with tears & slight loss at spine ends. Spotting to final leaf. Contains the famous statement "Never in the field of human conflict was so much owed by so many to so few." PMM 424
View More... 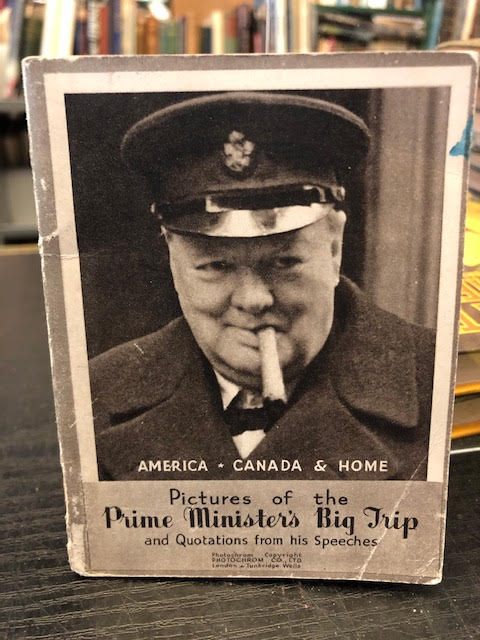 Pictures of the Prime Minister's Big Trip : And Quotations from his Speeches 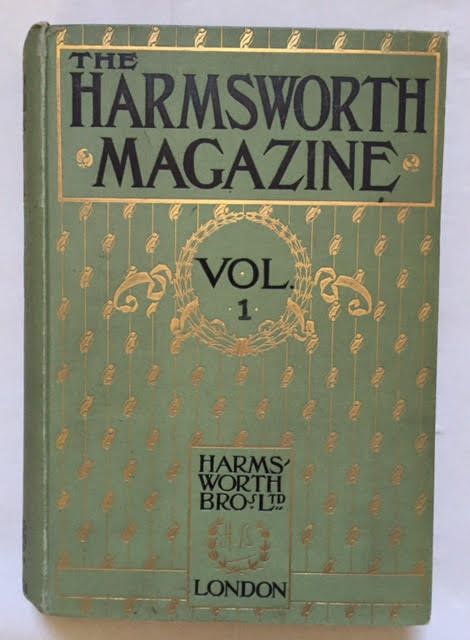 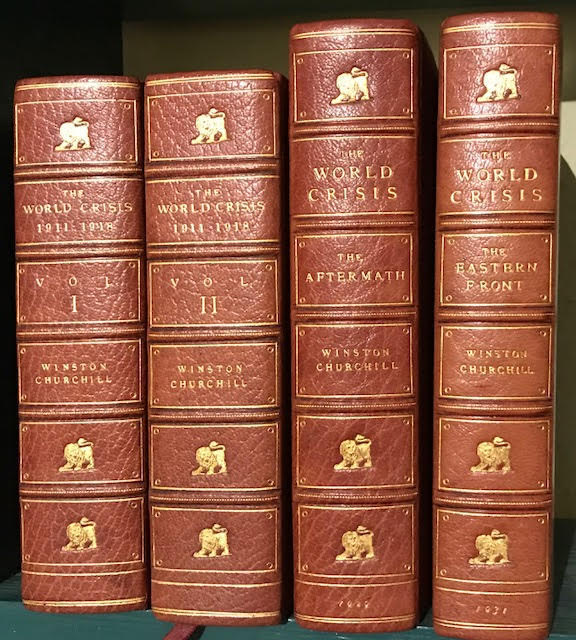 In 4 volumes. The first two volumes are an Odhams Press reprint edition of 1939. 'The Aftermath' is a second impression (same month as the first). 'The Eastern Front' is a first edition. Uniformly bound in full brown morocco. Raised bands to spines with decorative gilt panels and gilt lettering. All edges gilt. Gilt turn-ins and marbled endpapers. Ribbon markers. Maps, some folding. Illustrations. Foxing, mostly to prelims, of 'The Eastern Front.' Other volumes very clean. No ownership marks. A handsome set in Fine condition.
View More... 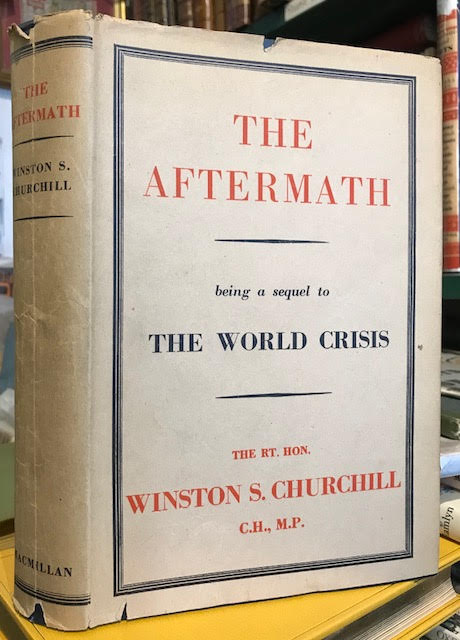 The Aftermath : Being a Sequel to The World Crisis 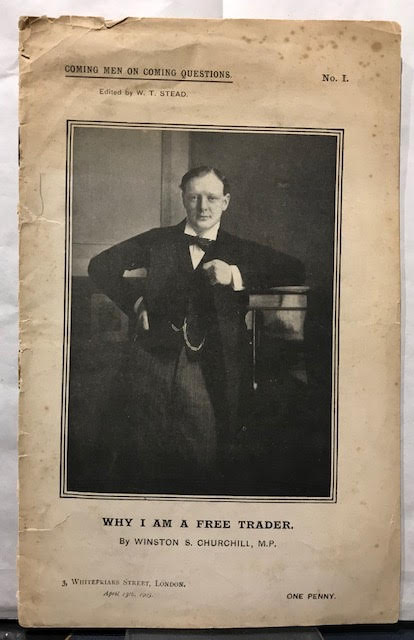 Why I am a Free Trader. g Coming Men on Coming Questions. No. I. Edited by W. T. Stead 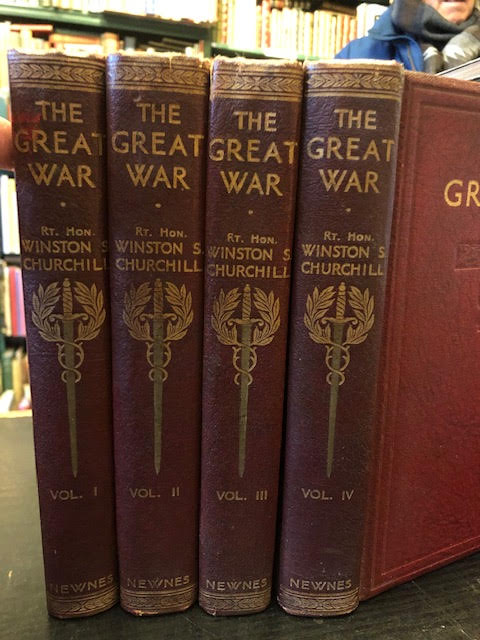 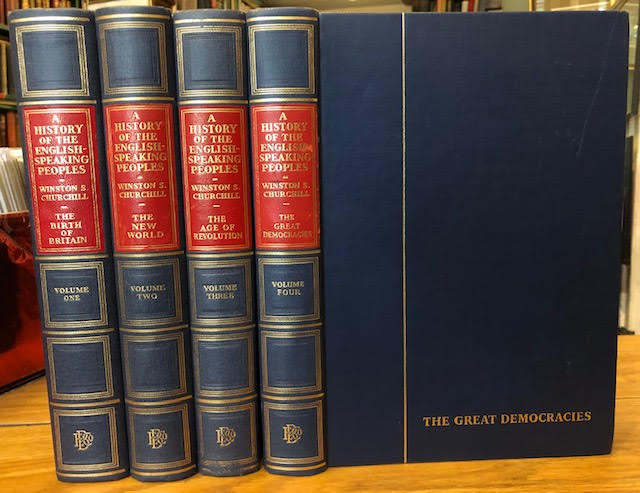 A History of the English-Speaking Peoples : Chartwell Edition. In four volumes 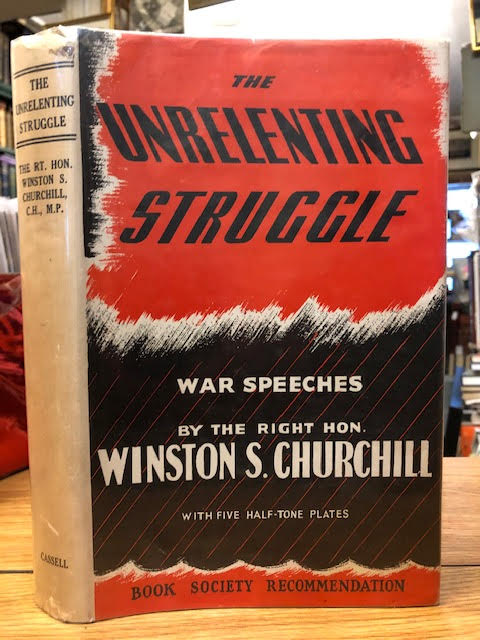 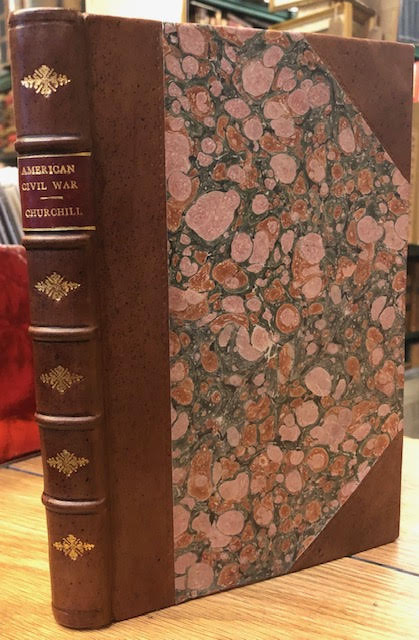 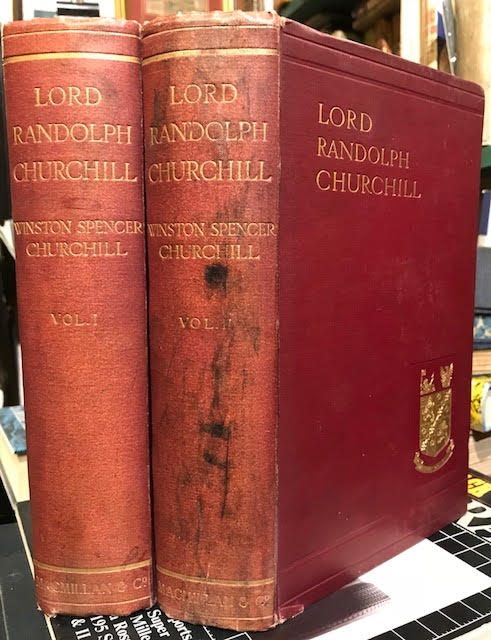 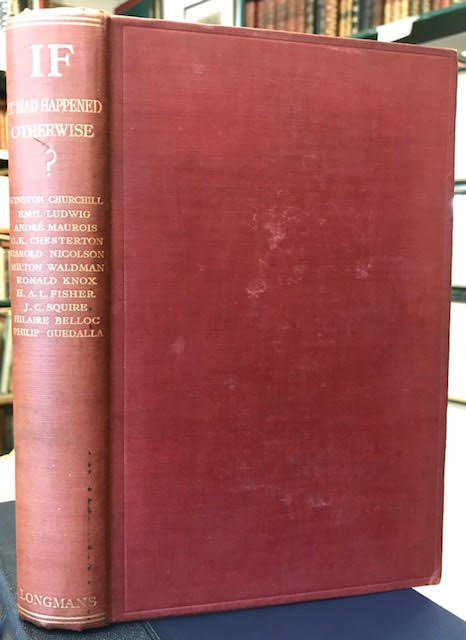 If It Had Happened Otherwise : Lapses Into Imaginary History

First edition. vii, 289 pp. Publlisher's original maroon cloth with gilt lettering to spine. Minor marks to boards. Neat ink name to front endpaper. Internally clean. J. C. Squire, editor of the London Mercury, collected in this book a series of essays from some of the leading historians of the period which could be considered alternative histories or 'uchronias'. Contributors include G. K. Chesterton on 'If Don John of Austria had Married Mary Queen of Scots,' Harold Nicolson on 'If Byron Had Become King of Greece,' and Winston Churchill on 'If Lee Had Not Won the Battle of Gettysburg.' Very ...
View More...