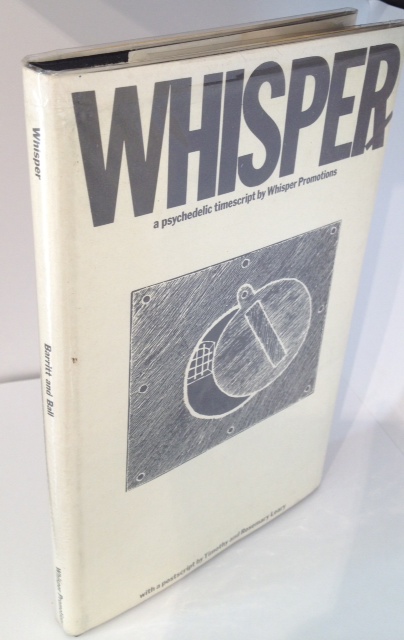 By: Barritt, Brian and David Ball

128 pp., Illustrated with b/w line drawings by the author and some b/w photography. Brian Barritt's 'Psychedelic Timescript' composed, and then smuggled out of, Wormwood Scrubs between 1966 and 1969 during the author's incarceration for smuggling hashish. Barritt was one of the pioneers of the psychedelic movement, dropping acid with Alex Trocchi which had been dispatched directly from Michael Hollingshead ('The Man Who Turned On The World'), travelling widely in the East, and striking up a friendship with Tim and Rosemary Leary. The Postcript to the book, 'The Wanderers' was in fact composed by the Learys during their stay in Switzerland after an escape from a US prison aided by the Weathermen. A true classic of the Psychedelic underground. A fine copy with a near fine jacket which has a couple of small biro marks on the bottom edge of the rear panel, signed by Ball on full title. 0903049007

Categories: Philosophy and Religion, Literature, Folklore and the Occult,