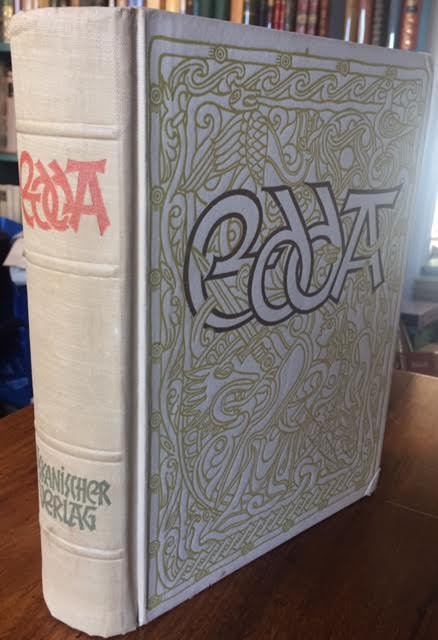 324pp. Very clean cream boards stamped in green and brown with intricate Celtic-style knotwork. Cream cloth spine stamped in red and green. Half title removed, dedication on the reverse written in German, dated 24.12.1951, so this prime example of the Nazi obsession with Norse mythology was given as a gift six years after the war had ended. 55 tipped-in black and white plates and numerous other illustrations, some photographs, some engravings. Several pages still uncut. Printed on heavy paper, starting to brown at the edges.