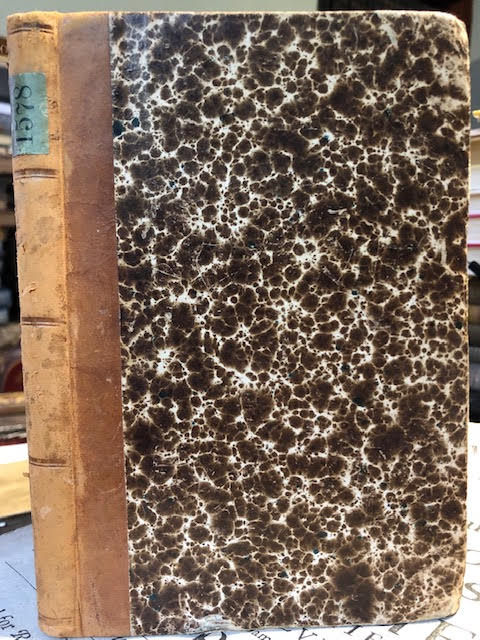 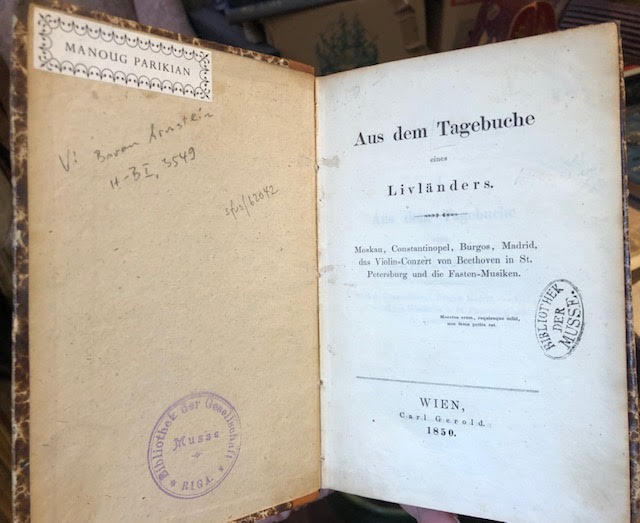 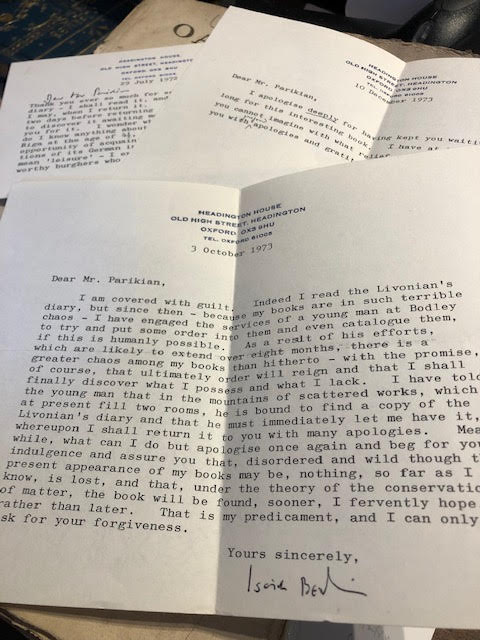 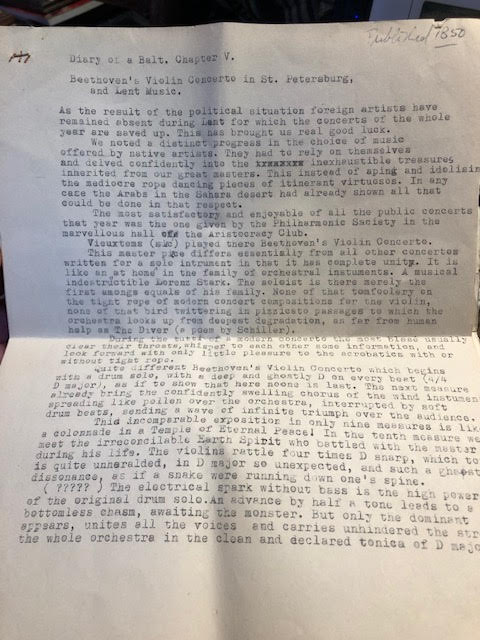 By: Anon [Wilhelm von Lenz] and with a preface by Baron Arnstein [Isaiah Berlin] [Manoug Parikian]

226 pp. Contemporary quarter leather over marbled boards. Ex-institutional library of Bibliothek der Musse, Riga with usual markings. Rubbing to spine and board edges. Internally clean. Bookplate to the front pastedown of Manoug Parikian, British concert violinist and professor at the Royal Academy of Music, London. Loosely inserted are three TLS by Isaiah Berlin, dated 1972-73 on 'Headington House, Oxford' letterhead, in which he thanks Parikian for the loan of the book and then apologises for not returning it in a timely manner, as the book had become buried somewhere in his library. The author, Wilhelm von Lenz, was born in Riga and studied with Liszt and Chopin in Paris. He is best known for his research on Beethoven. The final chapter in this book deals with Beethoven's violin concerto as performed in St. Petersburg by Vieuxtemps. Text in German.