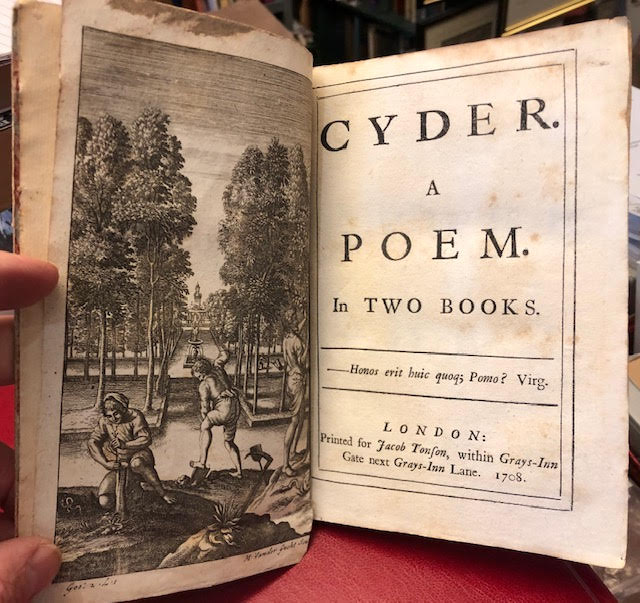 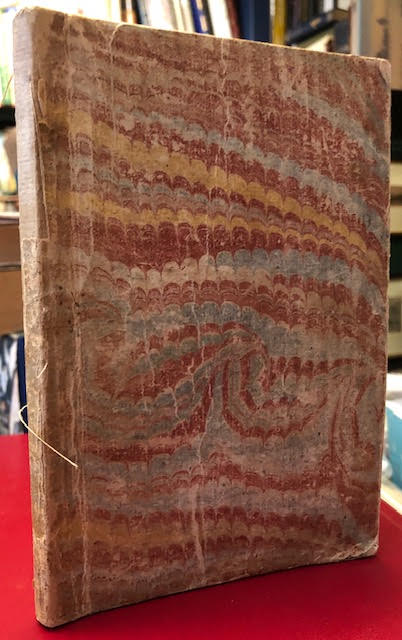 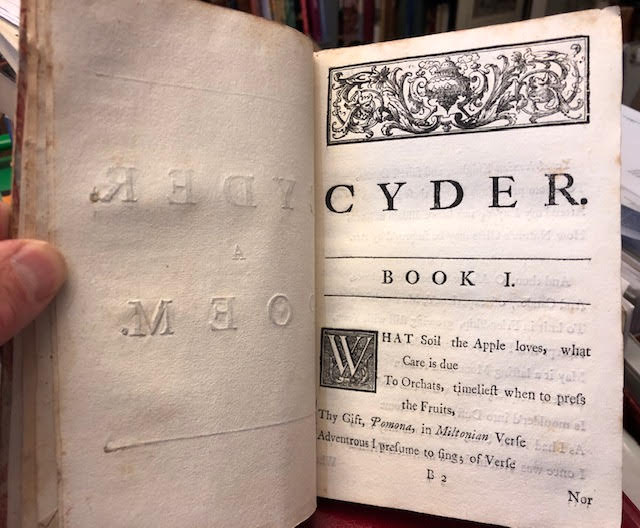 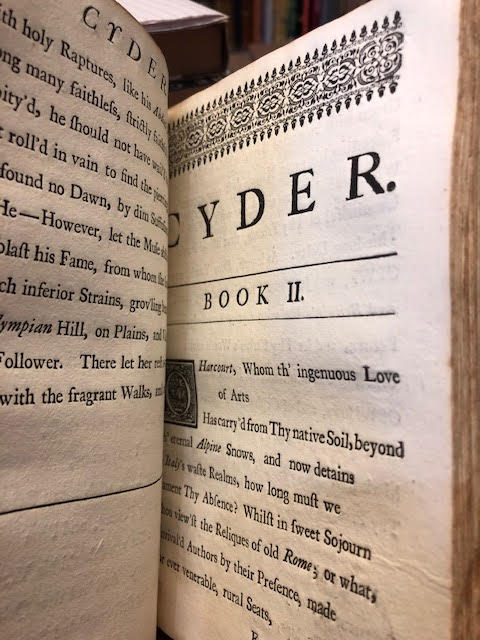 (iv), 89, (1) pp. Contemporary marbled-paper covered boards. Covers rubbed with some loss of paper covering to spine. Binding firm. Contemporary ink notations to verso of final leaf. Frontis engraving. Two engraved head-pieces. John Philips (1676 - 1709) was a Herefordshire man, a scholar and a poet, who died prematurely as the result of delicate heatlth (ironically from consumption). This, according to Samuel Johnson in 'Lives of the Poets', "his greatest work, the poem upon Cider, in two books; which was received with loud praises, and continued long to be read, as an imitation of Virgil's Georgick, which needed not shun the presence of the original." This is the first edition published in 1708. Johnson goes on to say that "To the poem on Cider, written in imitation of the Georgicks, may be given this peculiar praise, that it is grounded in truth; that the precepts which it contains are exact and just, and that it is therefore at once a book of entertainment and of science. This I was told by Miller, the great gardener and botanist, whose expression was, that 'there were many books written on the same subject in prose, which do not contain so much truth as that poem.' " Bitting tells us that John Philips was a nephew of John Milton, but that can not be true and surely refers to John Phillips (1631-1706). Johnson does tell us that while at Winchester he 'fixed his attention particularly on Milton'. He went on to Christ-Church, Oxford, and is noted mainly for his burlesques. Bitting p. 369.