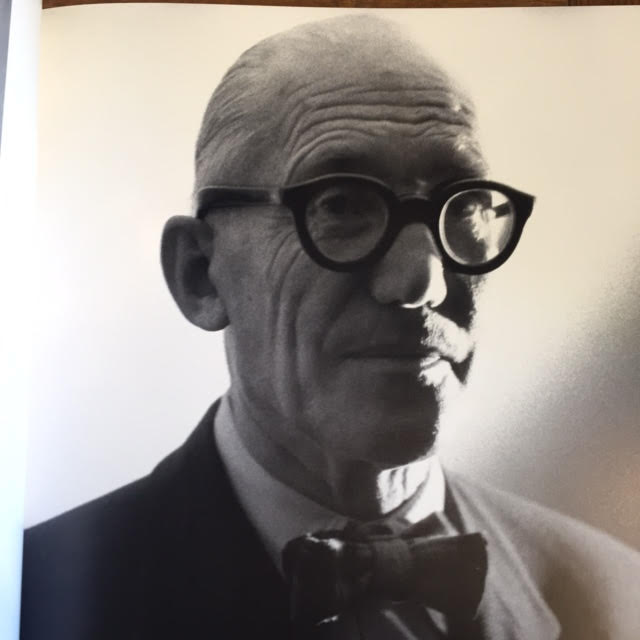 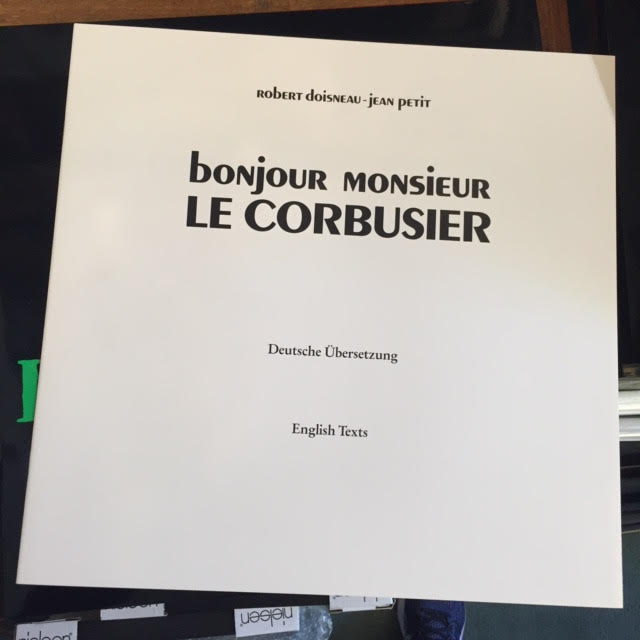 111 pp., illustrated throughout. Still shrinkwrapped. FRENCH TEXT, but with a 20 pp. booklet that provides an English and German translation. Robert Doisneau was employed as an in-house photographer by Renault, a job he willingly quit to work free-lance. He was the photographer of the RÃ©sistance, documenting both the occupation and the liberation of Paris. His commissioned works for the Racho Agency put his name on the map, but it was his images of Paris streets and street life that made him world-famous. Doisneau repeatedly portrayed prominent personalities of his time (an example is the mesmerizing portrait of Pablo Picasso with fingers made of cake dough), but only the best-informed experts and most loyal followers were aware of the series of portraits of Le Corbusier made in the early 1950s. In 1988 a small extract of this series was published in a then-groundbreaking edition, that presented Doisneau's images in a luxurious yet still discreet form. Most of the time the architect, painter and sculptor Le Corbusier was painfully aware of the camera watching over him and when concentrated he playfully manipulated the camera by chosing different poses or expressions. Sometimes though, Doisneau was able to catch the modern master at unexpected moments. Reminiscent of his snapshots of Paris life, these images show us the human being that was behind one of the great thinkers and innovators of the 20th century. Fine copy in it's plain card slipcase. 3905103028